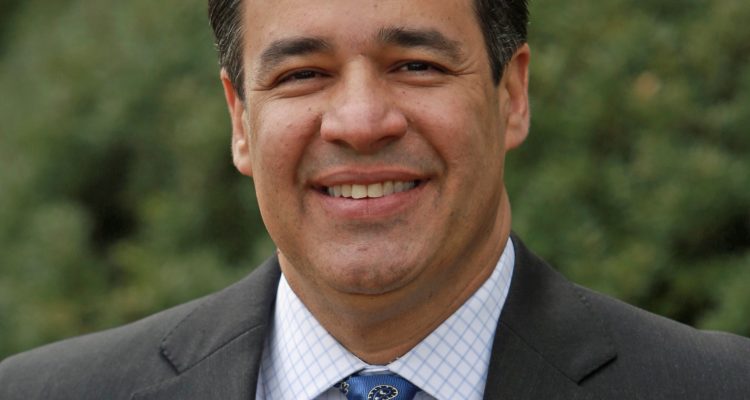 Labrador will defend Idaho’s sovereignty, protect the individual rights of Idaho’s citizens, fight back against the Biden Administration’s destructive policies, and ensure conservative legislators have a true partner in the Attorney General’s office

Boise, ID – Proven conservative leader and former Congressman Raúl Labrador is announcing today that he will enter the 2022 race for Idaho Attorney General.

“Right now the great battles for the soul of our nation are taking place in our courthouses. The Biden Administration is pushing an unlawful agenda that interferes with the sovereignty of the State of Idaho and the freedoms, liberties, and economic future of Idahoans. As Attorney General, I will defend our liberties and hold the Biden Administration accountable. We need an Attorney General who has the knowledge, experience and strength to help lead these efforts,” said Labrador.

“The U.S. and Idaho Constitutions give us the authority to challenge and stop ongoing Biden Administration overreach. The 10th Amendment gives the people of Idaho explicit powers that Idaho’s Attorney General can exercise. As a former Member of Congress, I have seen 10th Amendment Constitutional battles up close. Conservative Attorneys General throughout the United States are taking the lead on cases against the radical Left. Too often, Idaho has been standing on the sidelines, refusing in some cases to engage in these fights. As Idaho’s Attorney General, I will stand up and fight,” said Labrador.

“I will also be a true partner with conservative lawmakers in the Legislature as they work to draft and write good laws that will stand up against the gamesmanship of activist judges. It is critical that we have a new Attorney General who can work with the Legislature to craft legislation to withstand judicial tests and protect Idaho’s sovereignty,” said Labrador.

“I will also maintain law and order in our communities, protect Idahoans’ religious freedom, ensure election integrity, and help enable parents to freely exercise their right to direct their children’s education without fear of federal retaliation.”

Labrador kept his promises to his constituents. He earned a nearly 96% conservative rating from the American Conservative Union; multiple 100% scores from the Family Research Council and National Right to Life; consistently high marks from the NRA, Gun Owners of America, and the National Shooting Sports Foundation; and was named a Guardian of Small Business by the nation’s largest small business organization, NFIB.

Prior to his service in Congress, Raúl Labrador was a successful attorney practicing in the areas of criminal, immigration, and adoption law. He owned a law firm with offices in Nampa and Boise. Labrador also served as a Law Clerk for the United States Court for the District of Idaho and interned for the Criminal Division of a United States Attorney’s office.

Labrador lives in Eagle, Idaho with his wife Rebecca. They are the proud parents to five children and have two grandchildren.

“I am the product of the American dream. I was raised by a single mother who made sure I had every opportunity she never had. She taught me that if I worked hard, was honest, treated people with respect and received a good education, I would be successful in life. As a young man, I earned the rank of Eagle Scout and developed leadership skills and discipline. I worked my way through college, and earned a bachelor’s degree from Brigham Young University and a law degree from the University of Washington. I practiced law for several years and ran my own firm. When I decided to give back through public service, the citizens of Idaho granted me the privilege of serving them as a State Representative and a Member of Congress. I am so excited to serve the people of Idaho again,” said Labrador.

Labrador looks forward to working with conservative grassroots leaders and the working men and women of Idaho to build a strong campaign.

‘For the soul of our nation’: Raul Labrador is running for Idaho attorney general – IDAHO STATESMAN