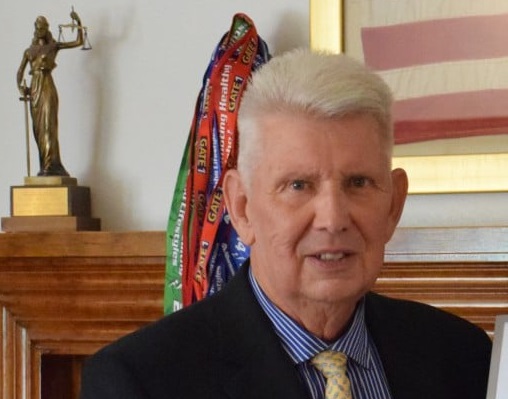 Former Attorney General and Lt. Governor David Leroy Endorses Raúl Labrador for Attorney General Citing the Need for a Strong Relationship with the Legislature and a Renewed Focus on the Office of Solicitor General

“Raúl has a unique combination of legal, legislative, and congressional experience, which no prior Idaho Attorney General in history has ever brought to the office. Raúl Labrador is just the right leader we need for these times,” said David Leroy.

“With Raúl’s unique skillset and the trust he has earned over the years from our state legislators, he can help avoid courtroom losses that have been so costly to our taxpayers. The Republican-dominated Legislature will carefully listen to Labrador’s counsel. He can work with legislators before, during, and after significant trial and appellate cases to improve our winning percentages and track record in the defense of legislation, “ Leroy added.

David Leroy also emphasized Labrador’s desire to improve the quality of Idaho’s appellate advocacy with a renewed focus on a Solicitor General for the state.

“During my tenure as Attorney General, I created the post of Solicitor General within the to designate a top appellate lawyer to present the toughest and highest profile cases to both the Idaho Supreme Court and the United States Supreme Court. Somewhere along the intervening years, the title of Solicitor General, that organizational commitment and emphasis was disbanded. Raúl has stated that he will restore a Solicitor General’s concept with highly trained lawyers who will be prepared to defend our state in the appellate courts,” said Leroy.

Leroy also pointed out that it is the wrong time to have a Democrat serve as Attorney General especially after the Biden Administration sued the state of Idaho and continues to encroach on our state’s sovereignty. “While under attack from the national Government, we must not have a partisan Democrat who has already said he would not defend the State of Idaho aggressively in federal court and may be tempted to be “soft on Biden,” said Leroy.

“I appreciate the support from former Attorney General David Leroy and his agreement that we must have an energized, focused, and professional Attorney General’s office to defend Idaho during these unprecedented times,” said Raúl. “While my opponent in this race has cut backroom deals to run for the office and steeped his campaign in politics while claiming to be non-political, I will remain focused on defending Idaho’s state sovereignty and protecting our citizens.”